Grippz is launching a yoga mat with acupressure knobs that grips it in place and prevents slipping.  Additionally the Grippz yoga mat has ergonomic knobs that trigger acupressure points on hands and feet to relieve blockages, ease muscle tension, and facilitate blood circulation.  Grippz yoga mats are water proof and sweat proof, don’t develop odors over time, are made of dense material that grips and doesn’t curl, and are eco-friendly and non-toxic. 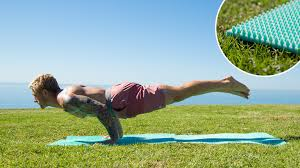 Acupressure and Acupuncture are similar in that they both use the pressure points to improve blood circulation, reduce pain and increase energy levels.  The key difference between these two healing methods is that acupressure uses firm fingers, or points, while Acupuncture uses needles.  Acupressure mats can relieve sore muscles and provide your body with more uptake oxygen which may offer better sleep quality, improve digestion and speed up metabolism.

Grippz combines the benefits of acupressure into its yoga mat.  The acupressure points built into the yoga mat are designed to allow for complex flows and provide more grip surface to reduce any chance of slipping during practice.  The Grippz mat is 72 inches long (6 feet), 24 inches wide (2 feet) and nearly ½ inch thick.  The Grippz was designed by Katrina who is a Yogi based in San Diego, California.

To launch its acupressure yoga mat, Grippz raised $83,376 through a Kickstarter crowdfunding campaign.  The Grippz business initiated crowd funding on November 1, 201 and reached its initial funding goal of $10,000 24 hours later on November 2, 2016.  Grippz created a stretch goal to include a waterproof yoga mat tote bag for reaching $50,000 in funding.

Grippz made multiple reward levels for its backers, consisting of: 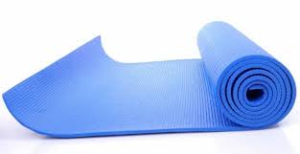 The market for yoga mats is very competitive and is dominated by some very strong brands, like Lululemon and Manduka.  The table below lists some of the most popular yoga mats and their corresponding features and pricing.

In addition to facing competition from Yoga mat manufacturers, Grippz is also competing with many of the companies that make Acupressure Mats shown in the following table:

Grippz Mats is situated in San Diego, California and was founded by Katrina Starzhynskaya.